As the 2016 competition rolls on with a tight top of a leaderboard. The 2015 winner of the Chapter Members pick ’em league finally got his hands on his prize today (Wednesday 16th 2016).
Cedric Auchere, from Leeds was the lucky man who outdid plenty of other chapter members to claim the 2015 prize. The Prize – a ball signed by Seahawks LB Kevin Pierre-Louis- was finally handed to Cedric this week after the prize was collected from Seattle last month.

The Chapter President, Sean Wilson was on hand to present one, if not the only Anglo-French UK Seahawks member the prize. Cedric had this to say about his Seahawks fandom, saying:

“Being a Seahawkers is an obvious choice as a 12, if you live in Seattle that is. But what about when you live in Leeds? Well to me it was still an obvious choice, the choice of making my “twelveness” official ; not many 12s outside the USA can claim to have an official chapter at hand. So for the past few years my family and I have been members. As well as being part of a chapter and getting to meet fellow 12s.

“It was a great surprise to win the “pickem” competition last year resulting in receiving a signed football today; and no it wasn’t Sean’s autograph but Kevin Pierre-Louis’! I have to admit that my membership has been very productive this year as I also was the lucky winner of a field pass for the Bills game. So special thanks to the UK Seahawkers and Sean. And Go Hawks!” 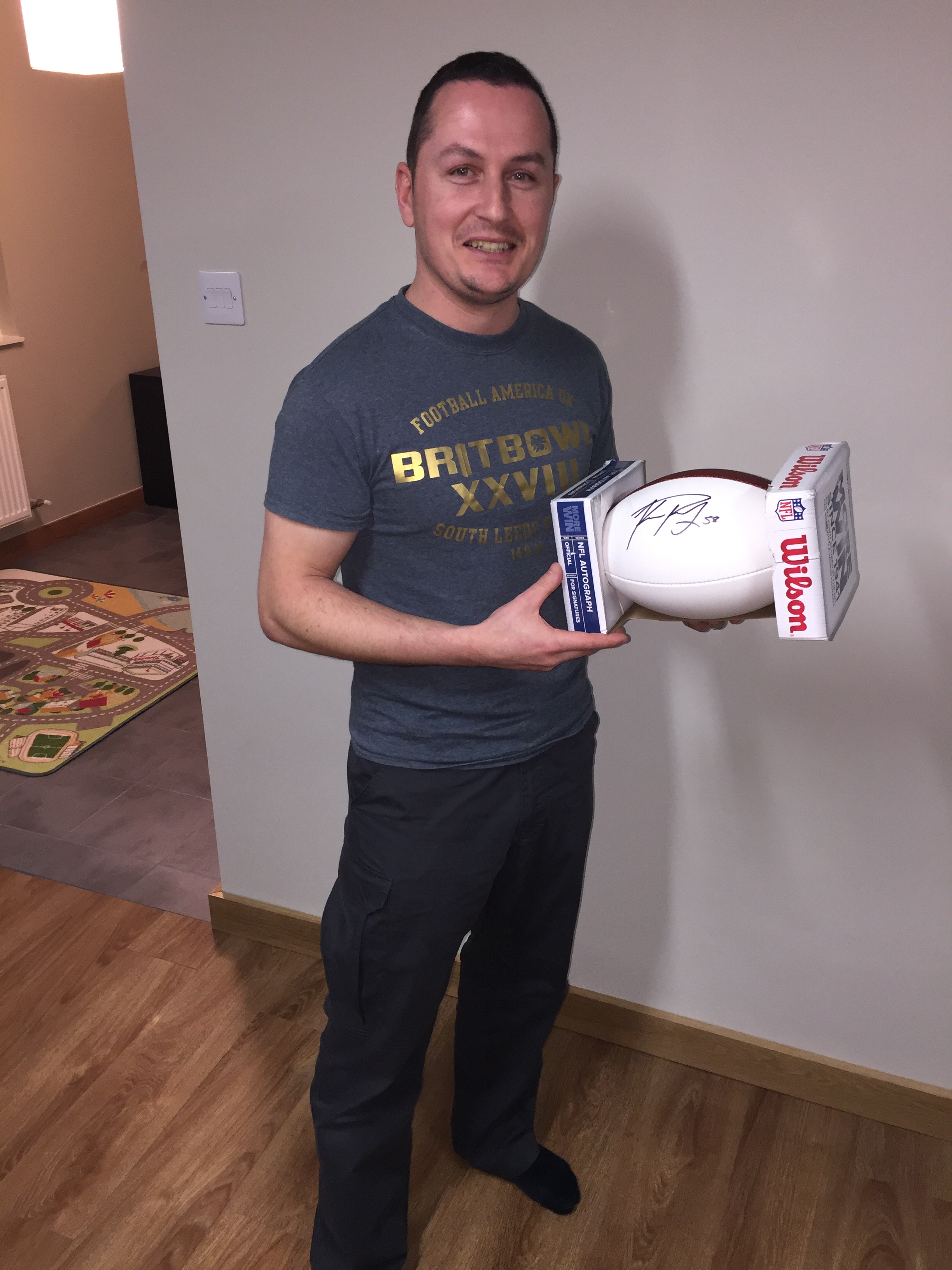 As this proves and Cedric and many more can attest to it certainly pays to be a UK Seahawks fully fledged paid member!

To get involved, click here and congrats to Cedric!

This entry was posted in Uncategorized. Bookmark the permalink.